It has been a full decade since Thai people laid their eyes on the handsome young Mario Maurer for the first time in The Love of Siam. He has since then become a rising star in Thailand’s entertainment business, and you can’t tell from his look that this young-looking man is actually 29. Many years has passed, but Mario remains as sweet as ever. 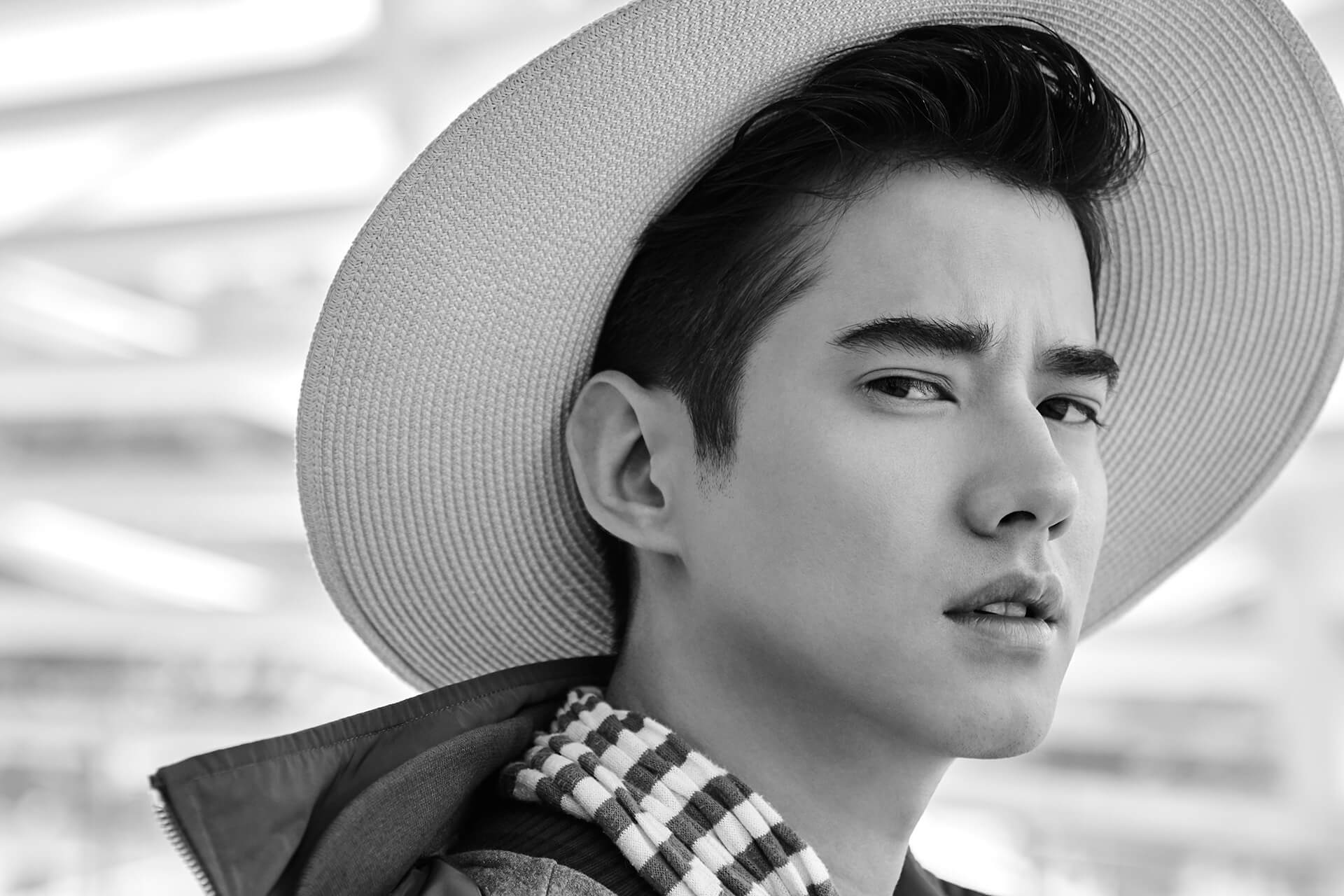 Mario has recently taken on a new role as King Power presenter. He admits frankly, “I’m very excited and honoured. I’ve worked with King Power several times in fashion shoots and events, but now as a presenter, I am sure my fans, both Thai and Chinese, will see more of me.” If you’re a fan of Mario from the beginning, you will know that he’s grown significantly as an actor. He doesn’t make a show of it — he leaves it to his fans to decide. Rather, what he loves about his experience is how it has taught him to be patient and strong. “In the beginning, I was really young, and I took for granted what I was doing. Sometimes I didn’t put in a lot of effort or I would complain about being tired. After a while, I looked at my mother, a working woman and a true fighter now in her 70s, and I saw that she never gives up. It inspires me to try harder. I always tell myself there’s no reason not to fight, and nothing is too hard if I put my mind to it.” This is why Mario hardly ever turns down any opportunity that comes his way. Recently, he overcame a challenge, by singing the soundtrack of Banlang Dok Mai. “Many people had approached me to sing, but I turned down the offers because I’d tried it and was told that I wasn’t any good, so that kind of scarred me. But with my friend’s support, I decided to give it a try. I overcame my fear and sang the soundtrack for the first time. Although this song isn’t that famous, for me it’s a success — I’ve overcome my insecurity.”

With such strong passion, it’s not a surprise to see him as one of the most successful actors in Thailand. Sometimes he works seven days a week. In his free time, he devotes it to his favourite hobby — riding a motorcycle. Don’t let his innocent look fool you — he is a serious rider. He explores various places on his motorcycle and it is his dream to visit Germany, the country of automobile. But if he has to recommend a destination for our readers, he picks Vatican City. “As a Christian, Vatican City is the ultimate place. It is sacred. It has beautiful arts. Even if you’re not a Christian, it is a great place to visit. Every time I travel, I have King Power as my companion. The zone I always check out is the watch, sunglasses and cologne zone. King Power makes travelling much easier. I can buy high-quality products and feel assured that I get the best prices. It’s a one stop shopping destination because there’s everything I want.” Mario ended the interview by inviting his fans to experience the new King Power Rangnam, designed for every lifestyle need. Whether you’re looking for world-class brands, full-scale entertainment or delicious dishes from around the world, it’s all here at King Power Rangnam.
PHOTOGRAPHER: TADA VARICH • FASHION EDITOR: SANSHAI JIRAT SUBPISANKUL
Tags from the story
Actor, Mario, Model
0
Facebook Twitter Pinterest
Google + LinkedIn Email